10 Of The Fastest Super Cars In The World

10 Of The Fastest Super Cars In The World 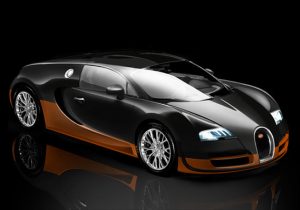 The Bugatti Veyron Super Sport reached a Guinness World Records-certified top speed of 431 km/h or 268 mph. However, as Guinness notes, the cars shipped to customers are restricted to 258 mph — to protect the tires, which don’t hold up well at the higher speeds. The Veyron Super Sport has four enlarged turbochargers and bigger intercoolers; the 16-cylinder engine has a total of 1,200 horsepower and 1,106 lb.-ft. of torque. It is the fastest road car in production. The SSC Ultimate Aero held the previous Guinness record of 255.83 mph. The Bugatti Veyron Super Sport, depending on production details and foreign-exchange rates, will cost between $2.4 to $2.6 million. 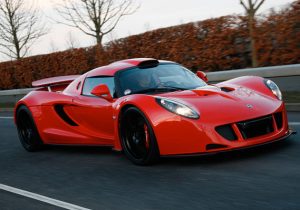 The Hennessey Venom GT goes from 0-60 mph in 2.5 seconds. If you want to go to 200 mph, it will take another 12.8 seconds. It has a 6.2-liter turbocharged V8 with 1,200 horsepower and a price tag of around $1 million. Hennessey Performance Engineering says it has a theoretical top speed of 275 mph, but it has been tested to a top speed of just 260 mph. 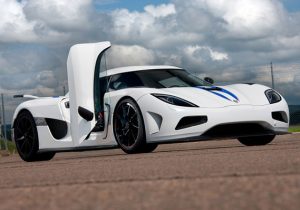 The Koenigsegg Agera R has been clocked at 260 mph and does 0-60 in 2.9 seconds. The company, however, claims the 2013 model has a top speed of 273 mph. The Agera, available in left- or right-hand drive, has a Koenigsegg aluminum 5.0-liter V8 with 1,140 horsepower. The price for the 2013 model hasn’t been announced yet. Earlier versions went for about $1.6 million. Remember that the optional winter wheels and tires can add another $12,000 to the price. 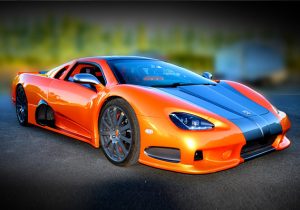 The Ultimate Aero, made by SSC North America, AKA Shelby SuperCars, goes from 0-60 in 2.78 seconds and has a tested top speed of 257.4 mph. SSC says it has a projected top speed of 273 mph. It has a SSC-designed aluminum V8 engine with 1,287 horsepower. It has a ground clearance of just 4 inches but the price is a little taller, starting around $650,000. 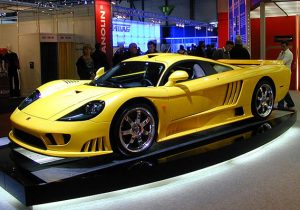 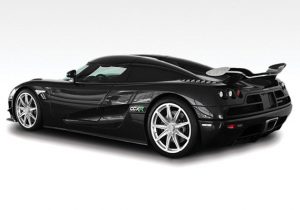 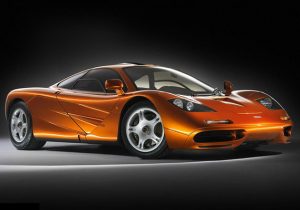 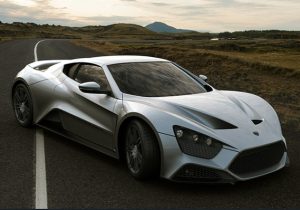 This is the first Danish-designed super car, offering a version for the U.S. market with a 7.0-liter BMW V8, 1,250 horsepower and a top speed of 233 mph. The base price is about $1.8 million. The company has said it will produce only three of these cars each year. It’s offered with several options, including a tool kit, a tailored car cover and a roll cage with four-point safety harness. 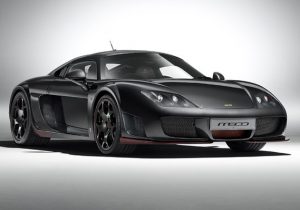 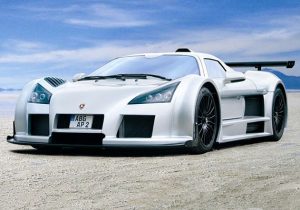 The Gumpert Apollo debuted in 2005, designed to be a car that would be ready for both the street and the racetrack. It has a 4.2-liter V8 engine with a top speed of 225 mph. The designer, Roland Gumpert, says on the company website, “It has always been my dream to have a car with so much downforce, such aero-dynamic efficiency that you could drive on the roof of a tunnel at high speed. This car can do it.” The Gumpert Apollo hasn’t actually been tested upside down in a tunnel yet, though. Depending on the trim and options, the car runs about $300,000 to $450,000.

Email to a Friend